Members of the Board of Commissioners as of August 26, 2020 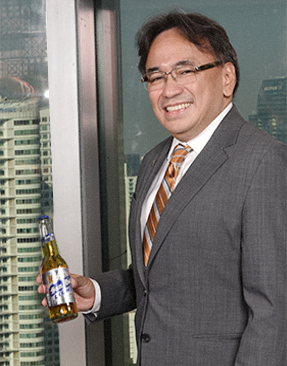 A Filipino citizen, age 55, Carlos Antonio M. Berba graduated from the University of the Philippines with a Bachelor's Degree in Electrical Engineering. He later obtained a Master's Degree in Business Administration (with distinction) from the Wharton School of Business, University of Pennsylvania, and a Master's Degree in Japanese Business Studies from the Japan-America Institute of Management Science & Chaminade University in Honolulu, Hawaii. Mr. Berba has 32 years of cumulative experience in general management, finance, strategic planning, and corporate restructuring initiatives. He spent a good part of his career with the San Miguel group, handling various executive level positions. He also served as Director in several other companies of the San Miguel group and is currently a Director of San Miguel Brewery Inc., the Managing Director of San Miguel Brewing International Limited., and the Deputy Chairman of San Miguel Brewery Hong Kong Limited, a publicly-listed company in Hong Kong. He was appointed as Commissioner of the Company in April 2006.